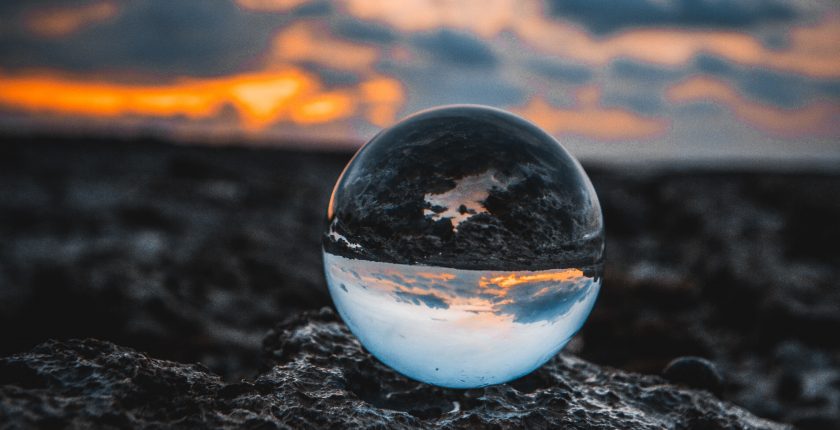 The third event for our HR virtual roundtable series investigated how the furlough scheme had been utilised and future prospects following on from this. How businesses are ensuring they stay ahead of the curve in relation to the circumstances that arise in response to COVID-19.

With the furlough scheme being extended until 31st of October discussion began with conceptual ideas around flexibility for workers to return on a part time basis, phased returns and whether businesses have put out any communication (comms) around this.

Furlough from an HR perspective is very complicated and difficult to manage, however being unprecedented, it offers new experience. HR are being asked to go into board meetings and advise on a scheme that nobody had heard of before the start of the pandemic.

Only one business in the discussion had not furloughed anyone and had no plans to do this for the foreseeable future.

Another highlighted that 30% of their current work force were on furlough, which were mostly business support teams and that lawyers have been on rotation which has been difficult to manage. Trying to keep some fee earners working and others furloughed has not been an easy practice. Rules being that people cannot work whilst being furloughed yet needing to hand over in the middle of deals and wanting to offer pro bono.

The extension of furlough gives more time to observe work levels and then re-integrate lawyers back into the business. However, for other teams prior to the crisis, (e.g. reception) large areas were operated by many staff. After furlough it is unlikely that these teams will be returning to the same size, especially given social distancing. An extension of the scheme enables people to be employed for a longer period but is delaying inevitable decisions. If the office is not returned to the same capacity, redundancies will have to be considered, but nobody wants to make these now. It is important to consider the best time to communicate to the various teams and protecting jobs is essential.

Have people from within organisations raised concerns around redundancy?

Some employees seem to have been questioning, ‘will furlough lead to redundancy?’. Some strong messages that have been communicated are that this is simply not the case.

One stated that there are no plans to make redundancies. The idea is that as soon as there is need for those that are on furlough, they will be back in the office or at work again. The approach for their business is to “watch and wait”. It is uncertain when they will be going back to the office and which teams will return first, but the message is clear, that there will be no redundancies.

Some firms are using the extension as an opportunistic time to start consultation in order to re-allocate resources and offer out a number of roles that are outside of furlough. Furthermore, starting to have consultations now will help to allow current employees who take redundancy to have the best opportunity to find a new job.

What others have had is a series of questions in relation to how teams continue to work in this post covid-19 world. E.g., one of the team’s main role is to deliver training to clients and their concerns were if they are able to do this safely or at all? They retrained them on how to deliver online training and now are directing work to them in a different way.

Have former employees been in touch requesting admittance to the Furlough Scheme?

One attendee remarked that they had had an influx of queries from previous employees contacting them with requests to put them on furlough. The decision was taken not to do this because they are not furloughing anyone and so did not want to make any exceptions. For current employees requesting to be furloughed who have commitments at home which make working from home difficult, they have implemented flexible working and reconfigured hours.

Others who have had similar requests had also rejected them as their firm are topping up employees to 100%, including full time benefits. The view was that if these employees’ contracts had not come to an end, they would continue at a cost to the firm, as the same benefits would equally apply. This decision was not taken lightly.

Another explained that their business had taken the view to extend some people who were on fixed term contracts coming to a natural end in April, for a month and sometimes two. This was due to recruitment freezes they had seen elsewhere and thinking it would be very difficult for them to obtain a new role.

Another instance was of an employee who had resigned yet having had their new role fall through. The business decision was to keep them on as there was work for them to do.

Disciplinary and grievances, how have businesses been handling these during the pandemic and what are the challenges?

One confirmed that their business is continuing with these on zoom but still following standard practices and processes the same way as they would if not in lockdown.

Another claimed that the HR team had been improving in how to handle these virtually. Initially they delayed some of the performance management meetings, but realized that these needed to happen. It is certainly more difficult having to have these discussions on zoom rather than in person, but they felt their processes had mostly returned back to normal practice. However, one area that their employment team have struggled with is Employment Representatives not being able to attend meetings because they have not had access to IT equipment. That has proved difficult because of how to advise clients who cannot attend disciplinary meetings. It is not possible to run that process and interesting claims will likely come following this from a HR perspective.

Most agreed it was business as usual for them with a couple of issues around probations and performance issues.

One advised they had been extending probations for people with performance issues to ensure that performance is nothing to do with their personal circumstances and given the pandemic. Although there are performance metrics and competency frameworks, it is difficult to monitor if managers are following these closely. One business has therefore extended probations for up to three months alongside a performance structure and carefully following this with managers.

Has this led to any further additional support given the current environment?

One answered that even when they are in the office, they always try to offer additional support (such as recommending recruitment agencies) following failed probations or dismissals. It seems people have been more receptive to this since the pandemic began.

Another expressed a couple of difficult settlements where individuals have cited that they are unhappy with the process being started in this current climate. Health and wellbeing have been front of mind with this, so they have put together a guide to furlough and training which helps when people are worried.

In relation to communication, has there been anything particularly helpful?

One described that regular check-ins are standard practice. Their CEO sends out a message every week, relaying what the Government has announced and how they are responding to that advice. They also have mini competitions where people can win a Deliveroo of their choice and have developed lots of wellbeing and guidance documents that can be accessed through their website. It gives guidance from domestic abuse, to how to manage a virtual team and they also have a weekly newsletter.

Another went through the importance of clear comms around the furlough scheme and the guide that they had provided. If you are furloughed it explains how to keep in communication and enables them to be really clear and careful how they manage furloughed employees, because they cannot work for the firm at all if they are being furloughed. They had decided that more informal things that they wanted to offer to furloughed employees could be sent via personal emails and this would encourage a different dialogue.

Others have had a buddy scheme set up for teams to stay in contact for social events and team quizzes.

What are the businesses doing to put PPE and strategies around phased returns to work in place?

Employee surveys around returning to work to get a temperature check on how people are feeling seem to be commonplace. One had started a back to work project and how this looks following the results. They realized that there were going to be many other barriers that were going to cause anxiety and going to prevent them from being able to get people safely to work.

As an employer there is a bigger duty of care beyond people being safe in the office.

On the flipside there are people saying that not being in the office is having a massive impact on their lives and looking at how to manage this.

Most have advocated for a longer period to work from home which could continue until the end of the year, but they are waiting to see what the survey brings back. It is a great time for employers to look at what employees want after being home for the last few months.

Blanket no return to office approach or phased returns?

One commented that they do not want people to be coming into the office, as it is not necessary and they know the staff are nervous about coming back in because this would require the use of public transport. This included observations before the lockdown.

On that note they are giving out a blanket notice that nobody need return to the office until further notice.

Preparations are underway for when they do go back, having the office deep cleaned every week and reviewing desk movement but this is not imagined to take place until autumn.

Another has seen circulated comms that there are no plans to return to the office yet and in the meantime are looking at reducing a normal bank of desks from four to one, which would be 25% of the office.

They are also aware of nervousness about returning to work and people with underlying health concerns including pregnancy. If anything, this scenario has provided proof to partners that working from home works and they may never go back to the office in the same capacity again.

The current situation is a real opportunity for people to change their opinions and views on working from home and flexible working. A good example of this is that Twitter have confirmed that they are going to have people working from home for the foreseeable future with no return to office at all. It will be interesting to see who else takes similar steps.

For any questions or to discuss the above further, please feel free to Contact Us.